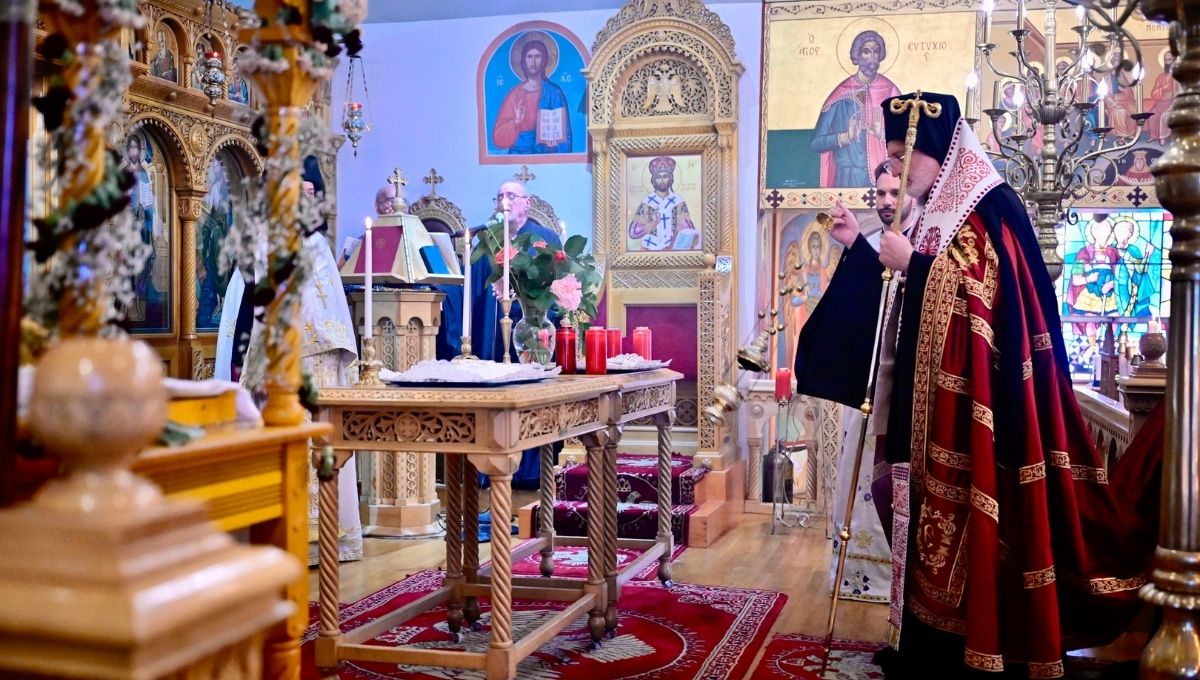 On the Sunday of the Blind Man

My dear brothers and sisters in Christ,

We have arrived at the last Sunday of the Forty Day celebration of our Lord and Savior’s Resurrection.

These Forty Days, which come to a close later this week – on the feast of the Ascension – are the counterweight to the period of Holy and Great Lent. Indeed, we go from a Fast of Forty Days to a Feast of Forty Days! And through these weeks of the Pentecostarion, which take us all the way to Pentecost – the Fiftieth Day after Pascha – we have now arrived at the final Sunday, that of the Man Born Blind, or in Greek, τοῦ ἐκ γενετῆς Τυφλοῦ.

As you know, there are profound teachings in this Gospel Reading. But for us, perhaps, the most profound lesson is that someone who absolutely knew that he could not see – since he was blind from birth – gained the gift of sight for the first time in his life. And those who said they could see, were instead called blind by the Lord.

This contrast is unforgettable. And it speaks to us, especially in our own confusing times, when we see the suffering in our country and around the world.

Like the violence we witnessed in Texas last week, when nineteen little children were murdered in their school, together with two of their teachers. And there are those who will say that they have the answer, and that they can fix this problem by installing stronger doors, or arming teachers with more guns, or blaming everyone and everything except the weapons and their easy availability.

This, my friends, is blindness. This is the inability to see the truth because you do not want to see it. The Pharisees in the Gospel today could not admit that the Man Born Blind had truly been healed. They found every reason to believe the lie they constructed for themselves, so as to keep themselves in power.

And this is the case with the violence in Texas last week, too. Everyone and everything are being blamed in order to avoid the truth. Here, in the wealthiest country on earth, we are so morally and spiritually impoverished that we feel anyone has the right to arm themselves for battle like a soldier, and to become instantly capable of wreaking mass death on others – even on innocent children.

However, the honesty that our faith in Jesus Christ calls us to is a hard honesty. It summons us to take responsibility for our actions, and to see with the clarity of truth and not the fog of delusion. This can be distressing, though, even radically so, for our lives, our emotions, our minds and souls, and even our families. But it is the only authentic way to live as a Christian.

The Man Born Blind was able to see because he listened to the Word of God. Jesus told him what to do and where to go. He followed his instructions to the letter. He knew he was blind; he at least saw that clearly enough.

The Pharisees used every twist and turn of language to deny the miracle, calling everyone’s honesty into question except their own. And so, our Lord told them:

“If you were blind, you would have no guilt. But then you say, ‘We see!’ Therefore, your guilt remains.” [*]

Thus, may we always choose to follow the path of honesty and to remain faithful to the Lord’s commandments – and above all, the commandment to love one another.