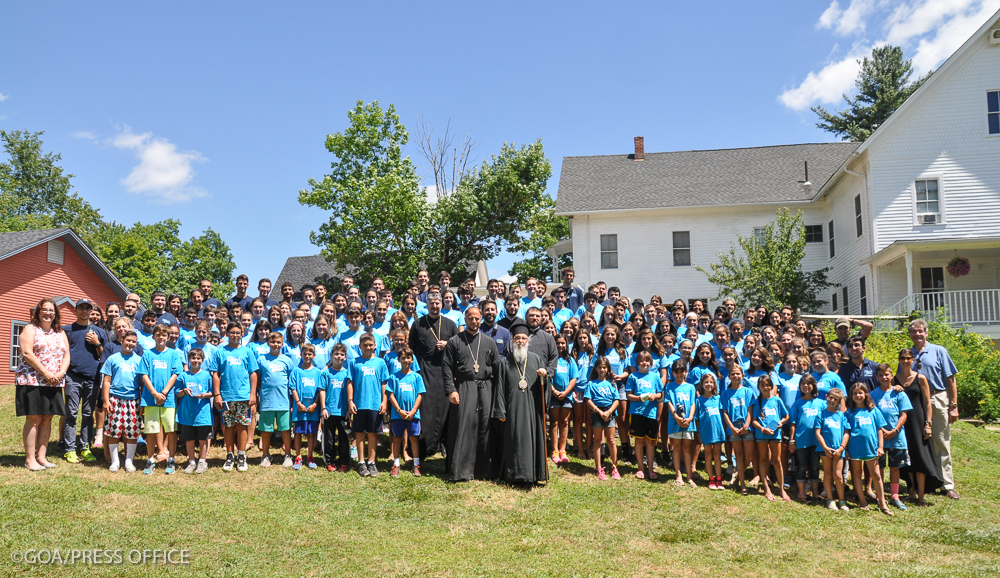 Camp Saint Paul, is in its twelfth year of operation, and this year hosts a total of about 670 campers in its five weeks of sessions.

At the picturesque campsite next to Bantam Lake, the largest lake in Connecticut, the campers, together with their counselors, the staff and the directors of the Camp, led by Fr. Elias Villis, welcomed enthusiastically Archbishop Demetrios and eagerly gathered arround him to take his blessing. The Archbishop enjoyed the company of the children and their Greek dancing, observed their cheerful playing and other activities, had lunch with them under the shade of the trees and took the opportunity to speak to them about the life of the Church and events like the Holy and Great Council of the Orthodox Church in Crete, Greece and the 43rd Clergy Laity Congress in Nashville, Tenn. His Eminence starting on the theme of the Clergy Laity Congress explained to the Campers why and how they are the “Voice of Christ in a changing world,” and had wise words of spiritual enlightenment and encouragement as he expressed his pride and appreciation for the camp and the participation of the campers. 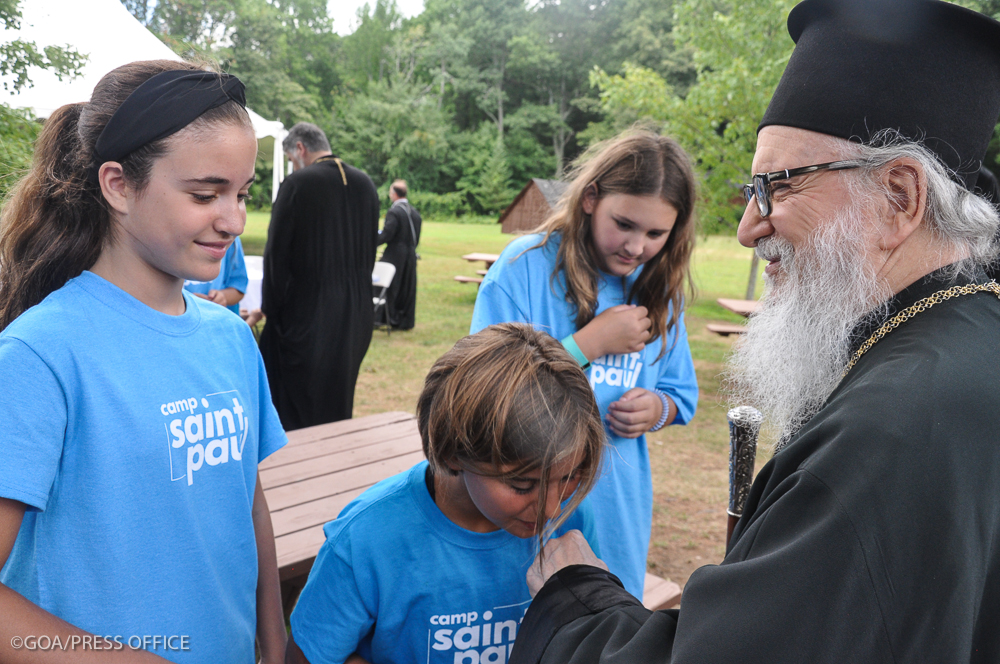 “The summer camp, as an institution and a ministry, is very important for the life of the Church,” said Archbishop Demetrios, “it is an important tool connecting the children to God, to the Church, to their families and to themselves and creating bonds and healthy friendships among themselves. At the same time the children attending this and all our other camps in the Archdiocese are enjoying educational, and entertainment opportunities, athletic activities as they develop character and faith and form healthy relationships.

Camp St. Paul, the camping youth ministry of the Direct Archdiocesan District, functions under the guidance of His Grace Bishop Andonios of Phasiane, the Chancellor of the Archdiocese; runs under the care of camp director Fr. Elias Villis and with the support of the district’ s Youth Director, Fr. Panagiotis Papazafiropoulos. Also present, assisting in the Camp’s program, were Fr. John Vlahos, Fr. Demetrios Kazakis and Deacon Eleftherios Constantine.

The success of Camp Saint Paul is only paralleled by the success of the other camping programs of the Metropolises, across the Greek Orthodox Archdiocese. They all offer an opportunity to our young people for physical wellness and spiritual edification. The camp provides them with all that is necessary to stay close to the Church and the Faith. It is a great service and ministry to the youth, building and cultivating their Orthodox and Hellenic character.