Archbishop Demetrios Meets with the President of Hellenic Republic, Prime Minister and Archbishop of Athens

NEW YORK – His Eminence Archbishop Demetrios of America had separate meetings yesterday October 21, 2015, with the President of the Hellenic Republic, Mr. Prokopis Pavlopoulos, the Prime Minister Mr. Alexis Tsipras and His Beatitude Archbishop Ieronymos of Athens and All Greece. Archbishop Demetrios travelled to Athens this week to attend and participate in the International Conference on Religious and Cultural Pluralism and Peaceful Coexistence in the Middle East, organized by the Ministry of Foreign Affairs of Greece. 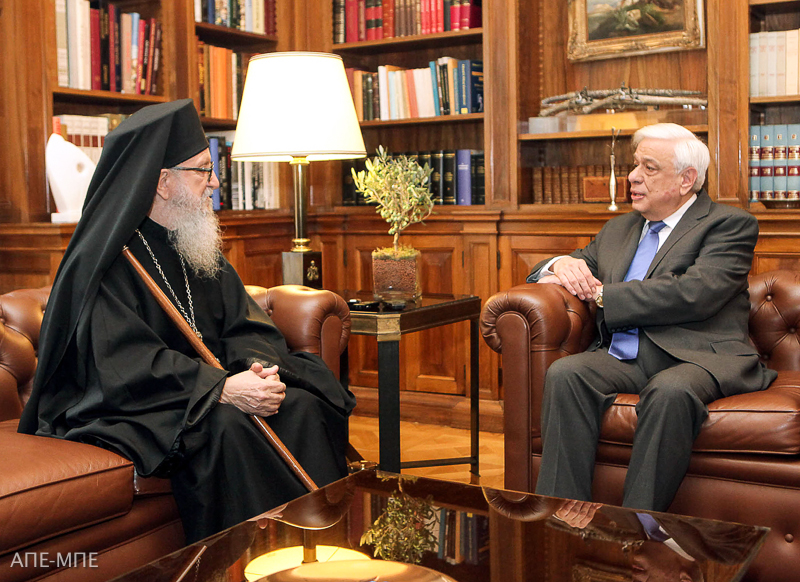 President Prokopis Pavlopoulos welcomed the Archbishop at the Presidential Palace and during their meeting thanked His Eminence and the Greek Orthodox Church in America for the active and substantial support to the homeland throughout the duration of the economic crisis in Greece, especially during the recent critical period of negotiations with the European Union. “You have done a lot and you did it from the heart,” said Mr. Pavlopoulos. 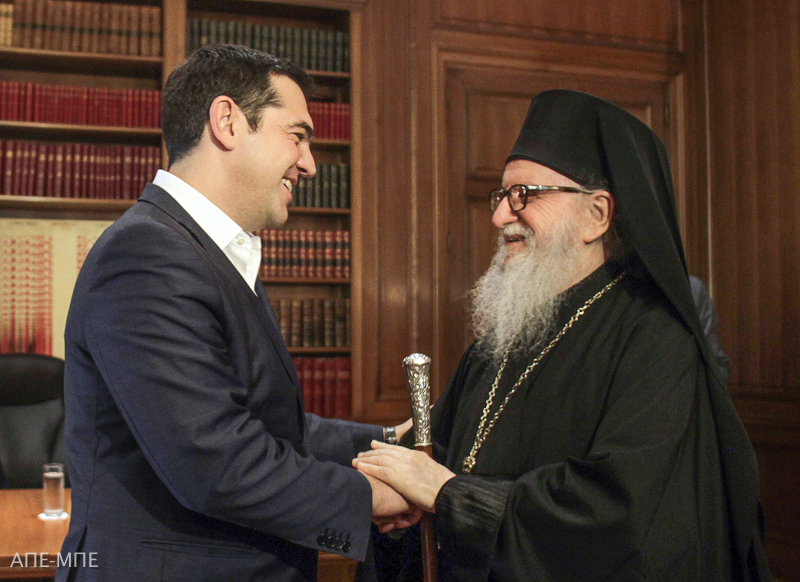 Archbishop Demetrios visited Prime Minister Alexis Tsipras at the Maximou Mansion and congratulated him for organizing the International Conference on the peaceful coexistence of the peoples in the Middle East. Mr. Tsipras thanked the Archbishop for his participation and noted that the great number of religious leaders who took part in the Conference serves as the example for mutual understanding and cooperation, especially in conditions where the exploitation of religious faith fosters discord and brings conflicts.

Later in the afternoon, Archbishop Demetrios together with Archbishop Ieronymos of Athens and All Greece visited the Demetreion (Δημήτρειον) Center for Creative Activity and Care of Children in Moshato, which has been named in honor of Archbishop Demetrios, was established and operates under the supervision of the Philanthropic organization Apostoli of the Archdiocese of Athens.

During the visit, Archbishop Ieronymos awarded to Archbishop Demetrios the medal of St. Dionysios Areopagite, which is the highest honor of the Archdiocese of Athens. 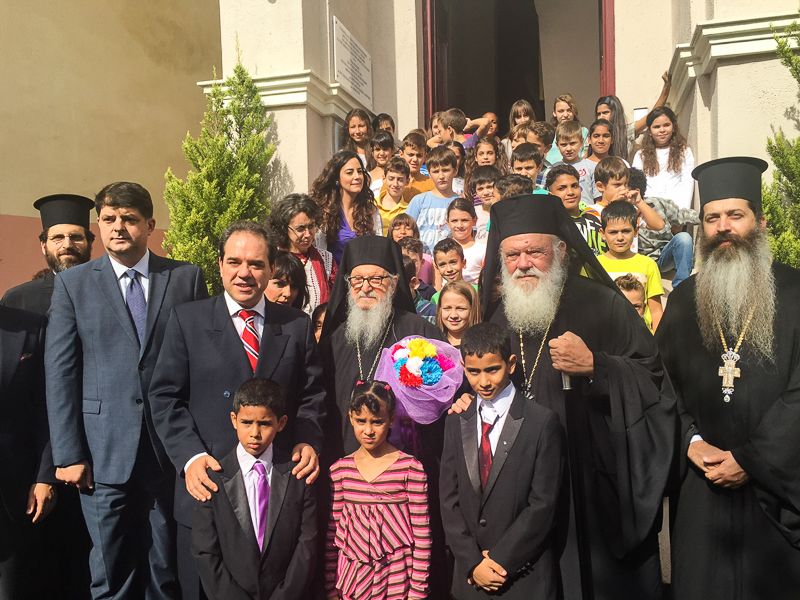 The two hierarchs shared a meal with the children of the institution and witnessed up close the work that is being done for the care and support of children aged 6-12 years from low income families or families facing other social problems. Archbishop Ieronymos of Athens and All Greece was accompanied by the Metropolitan Gavril of Nea Ionia and Philadelphia and the director of Apostoli Mr. Konstantinos Dimtsas. 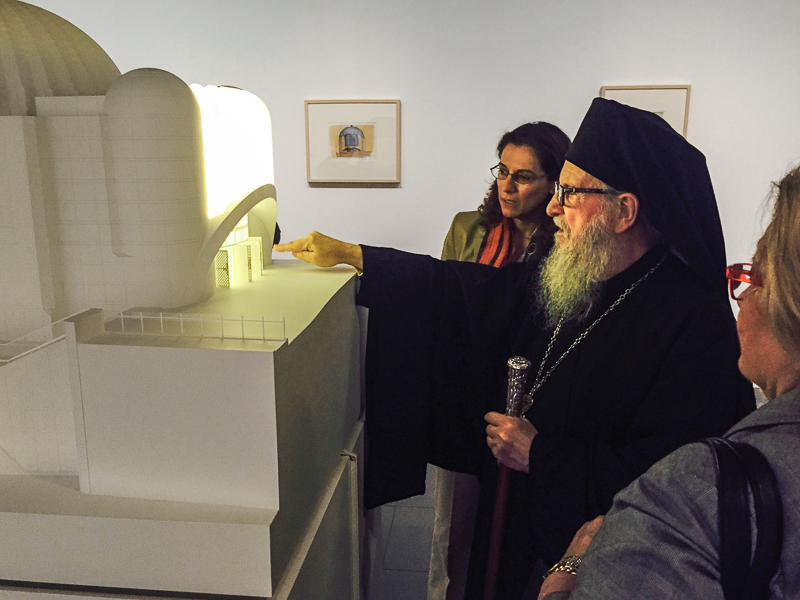 Archbishop Demetrios also paid a visit to the exhibition of Santiago Calatrava at the Benaki Museum, in which the Spanish architect presents models, drawings and pictures of the design process for the reconstruction of St. Nicholas Greek Orthodox Church and National Shrine at World Trade Center near “Ground Zero.”