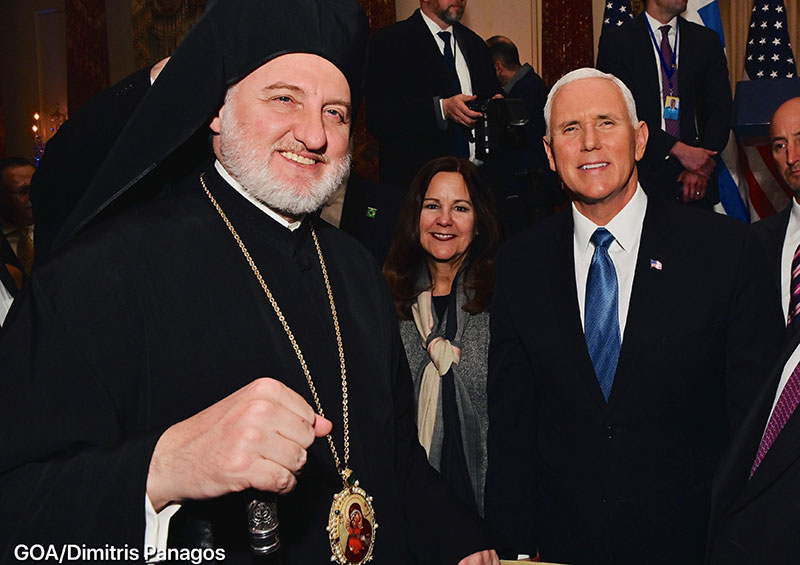 WASHINGTON – His Eminence Archbishop Elpidophoros of America attended tonight a State Department reception in honor of the Prime Minister of Greece, His Excellency Mr. Kyriakos Mitsotakis. The reception was hosted at the U.S. Department of State, Benjamin Franklin Room, by the Vice President Mike Pence and the Secretary of State Mike Pompeo.  The reception was also attended by leading members of the Greek American Omogeneia, clergy of the Greek Orthodox Archdiocese, elected officials, members of Congress, diplomats and representatives of the business and academic world.