Obituary for Rev. Angelo A. Pappas 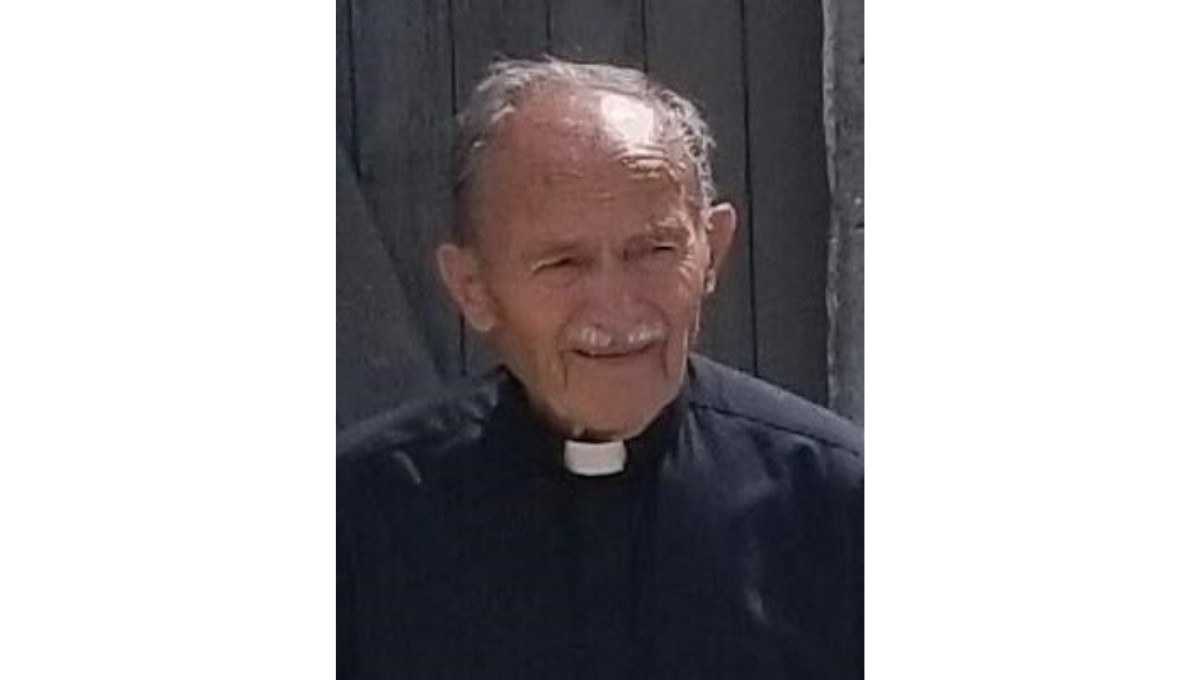 Obituary for Rev. Angelo A. Pappas

Sioux Falls - Rev. Angelo A. Pappas, age 92, of Sioux Falls passed away Thursday April 15, 2021 at Sanford Medical Center. Family will greet friends at 5:30 PM Wednesday, April 21, 2021 at the Transfiguration Greek Orthodox Church, 1936 S. Summit Ave., with a Trisagion service at 6:30 PM. Funeral services begin at 10:00 AM Thursday at the Church, with burial to follow at Hills of Rest Cemetery. In lieu of flowers memorials may be directed to the church building fund. Masks are suggested.

Reverend Father Angelo Pappas was born to Aristoeli and Theofani Papatheofanis in a quaint picturesque mountain village of Silimna, Arcadias, Greece on June 7, 1928.

He attended grade school in Silimna as he and his six siblings Olga, Fay, Jim, John, Peter and Venetia grazed goats on the mountain sides and tended to the family apple, olive, honey and wheat crops. He continued on to High School in Tripoli until schools closed for two years while Greece was occupied in 1942 by the German Invasion. He then enrolled in the Seminary School located in Corinth, Greece. He finished Seminary School in 1954, seven years after initially enrolling. After completing Seminary School, he joined the Greek army for three years.

On July 10, 1960, Fr. Angelo Pappas married his caring and devoted wife Maria Karnezis of Silimna. Fr. Angelo Pappas (Papou) and Presbytera Maria (Yiayia) enjoyed gardening and loved to share the fruits of their toils until her falling asleep with the Lord on March 2, 2017.

They moved to Morwell, Australia on October 20, 1961 where Fr. Angelo was ordained a priest by Archbishop Ezekial in March of 1962. He was a priest in Morwell for five years.

In May of 1967, Fr. Angelo moved to the United States. In December seven months later, his Eminence Archbishop Iakovos of America had him appointed to Sioux Falls, South Dakota. He served faithfully to the Transfiguration Greek Orthodox Church for 30 years, where he and Presbytera raised their three boys Aristotele, Chris and Anastasios.

On June 23, 2003, Fr. Angelo was awarded the office of Protopresbyer by His Eminence Metropolitan Isaiah of Denver.

Even at 92 years old Fr. Angelo was passionate about exercise, still being the first one at the gym every day at 5:30 a.m. He was still working hard seven days a week. Fr. Angelo (Papou) was a prolific story teller. He told the most philosophical tales about his childhood in Greece and his adventures in Australia and they were greatly enjoyed by his grandchildren and any who would take the time to listen. He will be missed by many.