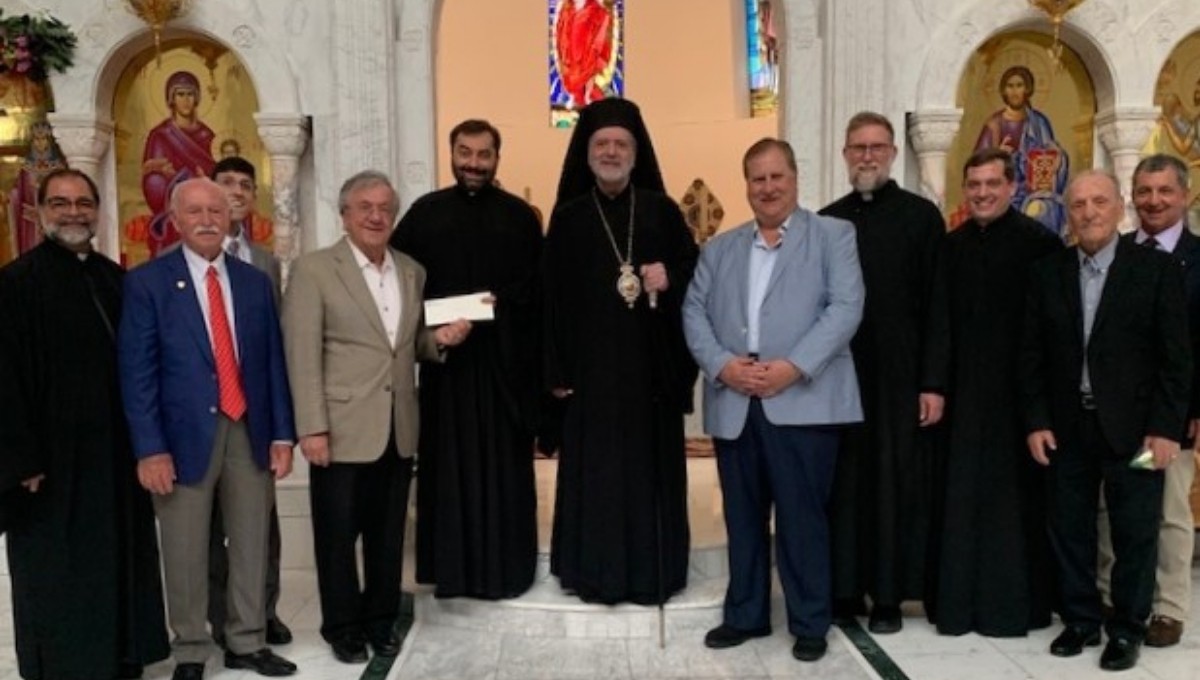 Each year the AHEPA Omega Detroit Chapter 371 gives $3,000 to each of five churches in the Detroit metro area where its members are parishioners on the Feast Day of each church’s patron saint.  Recent contributions were given on April 23rd to St. George Church, Southgate, MI and on May 21st to the Saints Constantine and Helen Church, Westland, MI. The contribution is made as a demonstration AHEPA's long-standing support of Orthodox churches, and the Greek Orthodox Metropolis of Detroit.

The Omega Chapter 371’s annual budget includes helping Metropolis of Detroit parishes in various ways throughout the year.  In addition to feast day donations, each year the chapter provides funds to its five area churches to support their family assistance programs and makes available scholarships to students that participate in Orthodox Christian Fellowship (“OCF”) programs. The Omega Chapter 371 was recently awarded the Making the Difference Award at the AHEPA District 10 convention in recognition of their assistance to area churches during the COVID-19 pandemic. 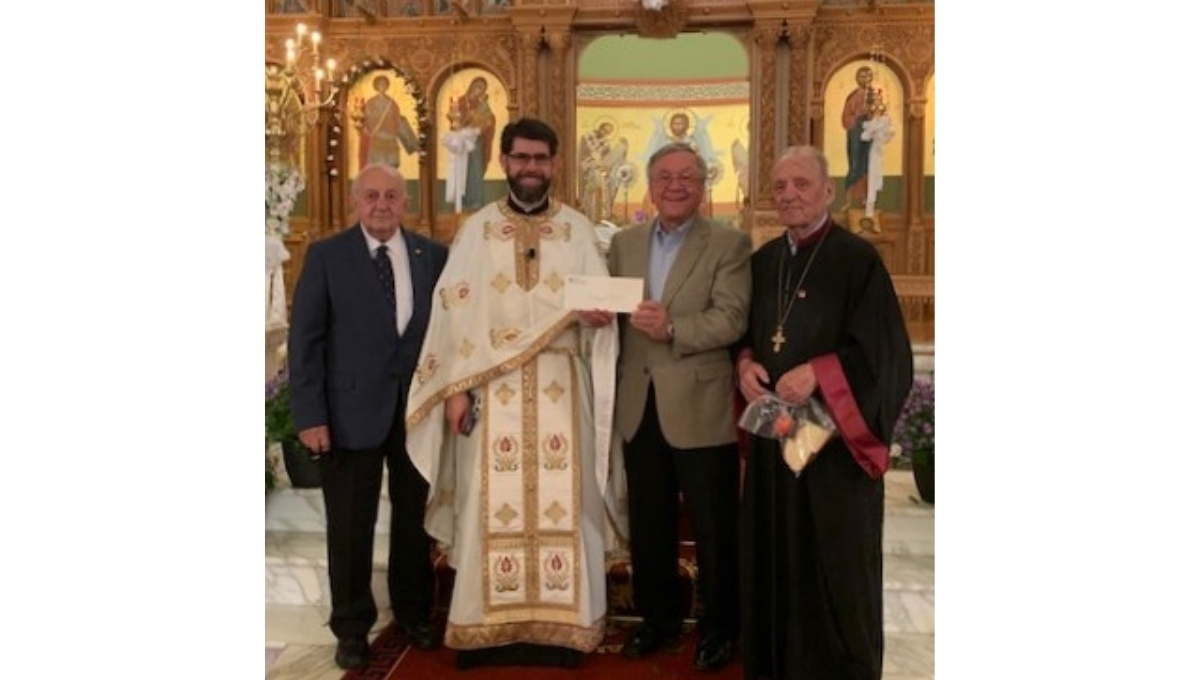 Fr Anthony Cook, priest at St George Church, Southgate receiving a $3000 check from the AHEPA Omega Chapter 371 in Detroit represented by Lazaros Kircos, Chapter VP and Chair of its Religious and Philanthropic fund.  Also pictured is George Kotronis, Secretary of the Henry and Edsel Ford AHEPA Chapter 371 and Angelo Kircos, Chanter at St George church for nearly 50 yrs.
AHEPA Omega Chapter 371 welcomes new members, especially those just starting in the work world.  OMEGA Chapter 371 is part of AHEPA, the largest and oldest Greek American association in the world with over 500 chapters chartered in the United States, Canada, Greece, and Cyprus, and sister chapters in Australia and New Zealand. The mission of AHEPA is to promote the ideals of Hellenism, education, philanthropy, civic responsibility and family and individual excellence. It was established in 1922 by visionary Greek Americans to protect Greek immigrants from prejudice originating from the KKK and also to help Greek immigrants assimilate into American society. 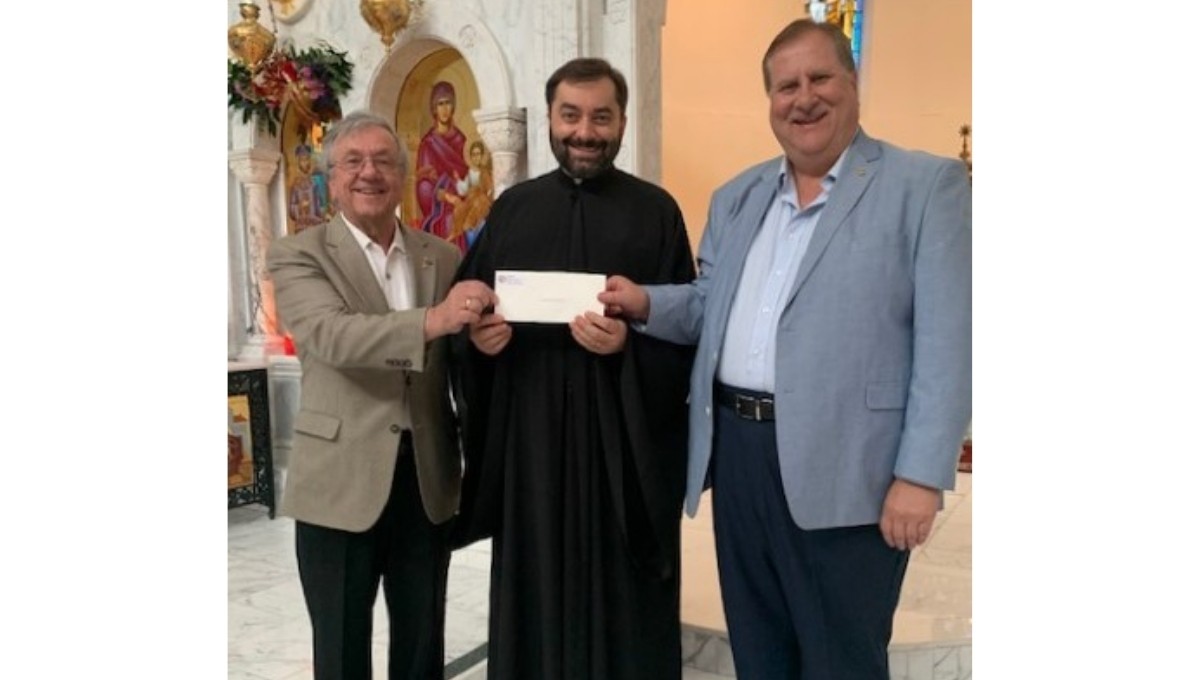